Megan grew up in Redding, California with five siblings, including a twin sister. She was a three-sport athlete in high school, also competing in basketball and track and field. She played soccer at the University of Portland before showcasing her skills on major world soccer stages, including the 2012 Olympic games (during which the US won the gold medal and Rapinoe became the first player to score a goal directly from a corner at the Olympics) and three World Cups – including the most recent one, where her heroic performance earned her the Golden Boot and the Golden Ball – MVP and top goal scorer.

Megan speaks out against social injustice loudly, passionately and with a unique perspective. Her beloved brother got hooked on drugs as a teenager; consequently, he spent years in jail and is currently in the San Diego Male Community Reentry program. Maybe things would’ve been different if he’d had gone to a rehabilitation facility or was treated for his addiction, instead of being put in a maximum-security prison.

Since 2016, Megan has been dating a fellow superstar professional athlete, basketball player Sue Bird. Bird has won three WNBA titles with the Seattle Storm and she’s been named an All-Star 11 times. This power couple embodies “opposites attract” – Sue Bird is quite a bit more private than her outspoken partner!

Megan Rapinoe recently scored a book deal with Penguin Press – her story will be featured in two books, one for adults and one for middle-grade readers, with the same message of changing the world for the better. Both books are scheduled for publication in the fall of 2020. 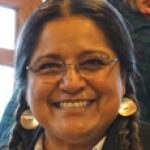 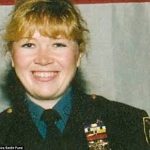