It’s Black History Month and this week’s #WomanCrushWednesday goes out to one of our own – AND the first African-American woman to hold a Benefit Auctioneer Specialist (BAS) designation from the National Auctioneers Association – TiWanna Kenney. 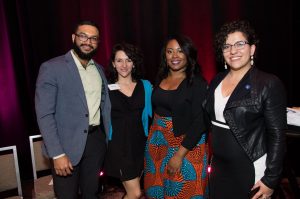 If you’ve read about TK on our team page, you already know she grew up in a military family and is a former Army reservist, who was called to active duty after the terrorist attacks of 9/11. (Read about Moira Smith, one of our former WCW recipients, who is credited with saving thousands of lives that day.) Being in the military taught TK the difference between being a leader and being a boss. She’s a natural leader, who believes in taking care of her people. She doesn’t want to be in charge of anything – she’d rather execute to the best of HER abilities and hopefully inspire others (or even just ONE other), in the process.

One of TK’s proudest accomplishments is being the parent of a soon-to-be college graduate – after she herself became a teen mom. Finding out she was pregnant, at the age of 16, made TK stronger than ever. She pushed herself further than she ever thought possible, to make sure she and her child were NEVER held back. She believes we have a responsibility to leave people and the world in a better place than where we found it – so she gives back by counseling and inspiring young women who also find themselves in challenging situations. She wants them to know, not only do they have “permission” to reach for the stars – they already are stars!

So what does this formidable woman consider a miracle? Life, itself. Every moment is a gift and TK strongly believes YOU are the only person capable of living the life YOU want. Even more importantly, we are all given a gift that no one in the world can deliver the way you can. Don’t cheat yourself and the world by hiding it – don’t cover up your light! 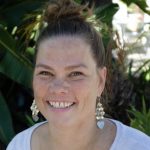