#WomanCrushWednesday goes out to a foster parent and the director of Family Services at the Native American Youth and Family Center (NAYA), Representative Tawna Sanchez.

Representative Sanchez was born of Shoshone-Bannock, Ute, and Carrizo descent. She grew up in Portland and came to activism early in life, fighting for indigenous and women’s rights and protesting coal and uranium on native reservations. She was a leader of international organizations like the Indigenous Women’s Network and the International Indian Treaty Council. Representative Sanchez studied at Marylhurst University, where she earned a Bachelor’s degree, and Portland State University, where she holds a Master’s in social work. She has spent her life and career fighting for the oppressed and underserved. She’s been a domestic violence advocate at the Bradley Angle House and she founded a nationally-recognized Native American domestic violence intervention and prevention program, helping thousands of Native American families. She also served on the Oregon Domestic and Sexual Violence Advisory Board.

One of her major accomplishments was co-founding the Native American Youth and Family Center. The center provides early education, health care, workforce training, housing assistance and much more to both native and non-native families. She’s currently the Family Services director and Interim Executive Director of NAYA. Under her leadership, the organization built a nationally-recognized wrap-around service model and expanded to serve more people, both youth and elders.

She’s committed to family preservation and works hard to get families stabilized, so that kids aren’t removed – or if they are, they’re quickly returned. 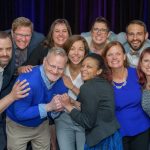 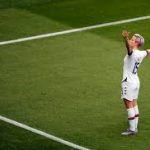