This week’s #WomanCrushWednesday goes out to a champion of at-risk and disadvantaged kids, the former Executive Director of Portland Opportunities Industrial Center, Rosemary Anderson.

She was born in Denver and moved to Portland with her husband and kids in 1949. She began working for POIC in 1967, eventually taking the helm as Executive Director. Under her leadership, the organization established a number of skill-training centers for adults.

She had an extremely tough assignment in the early 80s, when the center lost federal funding and went bankrupt. Rosemary trained her fundraising prowess and negotiating skills on turning that around, and eventually the center reopened.

Years later, POIC opened a school for kids who weren’t succeeding in a traditional school setting. The school’s first graduation ceremony was held in 1992. When she retired, the school was named after her and her grandson, Joe McFerrin II, took the leadership role. (He remains the President and CEO of POIC/RAHS today.)

Rosemary Anderson’s definition of retirement, however, was different than most – she continued to teach several classes a week, set up after-school programs, and did everything and anything she could to help homeless, gang-impacted, and other at-risk students.

Today, Rosemary Anderson High School has three campuses in Portland and one in Gresham. The original campus also houses a middle school. 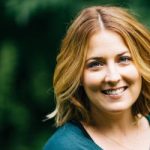 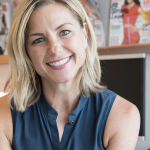