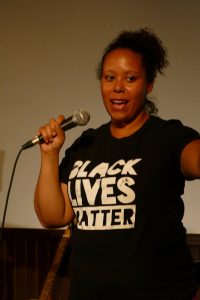 Rhiannon currently works at Nike as the Digital Creation Learning and Development Lead, a position she’s held for eight years. She also leads the Diversity Inclusion and Belonging work for her team by providing education and action opportunities focused on anti-racism.

Volunteerism has always been a huge part of Rhiannon’s life. In high school, she served meals at homeless shelters. She participated in rallies and marches focused on gay rights. She also found time to volunteer during her college years at Western Oregon University, where she earned a sociology degree. While there, she started the first youth program at the American Red Cross Willamette Chapter in Salem. She received the American Red Cross National Youth Award for her efforts. She participated in anHIV/AIDS education and prevention improv group called Hope is Vital. She also cared for kiddos at Salem Outreach Shelter, where she spent so many volunteer hours and became so indispensable, they received a grant to pay her!

Rhiannon has two young kids – it’s probably no surprise that she’s heavily involved in their school. She was PTA President at Woodlawn Elementary for the 2018-19 school year; prior to that role, she helped plan and organize a number of school events. You can frequently find her at 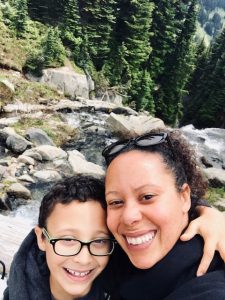 marches and rallies centered around Black Lives Matter issues. She volunteers regularly with the Black Resilience Fund, doing intake. And she used to volunteer with Dress for Success Oregon.

She’s fiercely dedicated to making a difference in her own community. While there are plenty of organizations around the world that need help, Rhiannon believes if we focus on uplifting and supporting our own communities, we can make an impact that ripples outward, resulting in a broader worldwide impact. Her kids follow her example and believe they can do anything. You’d have a tough time convincing them otherwise – her 11-year-old daughter is already an entrepreneur, running her own bath and body product business! 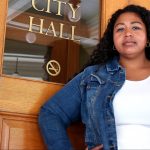