It’s World Autism Month, and this week’s #WomanCrushWednesday goes out to Patricia 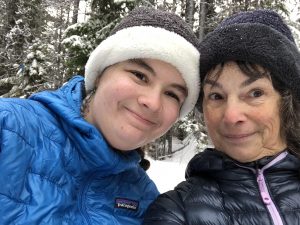 Wigney, the woman who turned a playdate in her living room into a nonprofit with a multimillion dollar budget, serving thousands of families affected by autism and related disabilities. She did not, however, do it single-handedly. It took the proverbial village, comprised of both her own blended family and a small number of families who desperately needed help and guidance with their neurodiverse kids.

Patricia’s daughter Zsofika was diagnosed with autism in 1999. Keep in mind, we didn’t know nearly as much about the disorder as we do today – in fact, at the appointment, Patricia was giving a pamphlet about refrigerator moms. For most of the 20th century, “refrigerator mom” was a term used to label mothers of autistic kids – referring to the widespread belief that cold, unloving mothers caused their kids’ autism. Can you even imagine? You’re a loving mother, you dote on your precious child, you get the terrible news (let’s be honest, a diagnosis of autism is not what any parent wants to hear), and you also get the blame! Patricia said no way to that idea, along with an idea (from the “experts”) that her daughter be institutionalized. She began seeking therapies for Zsofika and was introduced to floortime – a relationship-based therapy where the parent literally gets on the floor and plays with their child, in a way that involves intention and goals. Patricia is blessed with a large blended family, all of whom took shifts and engaged in hours upon hours of floortime with Zsofika. The hard work paid off – she began showing signs of progress!

Meantime, the doctor who suggested floortime began sending parents of autistic kids to Patricia, to learn how the therapy worked. One day, when there was a particularly large and louder-than-usual group in her living room, Patricia found her daughter hiding under the china cabinet – it was too much for her. Patricia thought, “This isn’t therapy. I need to take this out of my home.” So she decided to start a nonprofit. She called a meeting, 35 parents showed up, she told them her plans, and they all agreed to fundraise. In 2002, after raising  $2,000, they elected a board of directors and Bridgeway House was born. People kept coming. Some had powerful connections. Some had a lot of money. As the number of families served grew, so did Bridgeway’s budget AND service offerings. The team would identify common interests and needs and build programs around them – social groups, music therapy, play productions (that one started because Zsofika loved theater and Patricia wanted her to have the opportunity to be in plays), summer camps, and for older kids – a program called SHAPE, helping them through the challenges of puberty.

In the beginning, Patricia faced roadblock after roadblock – everywhere she turned, she heard these words: “She’s not going to be able to do that.” But a little thing like rejection wasn’t about to derail the unstoppable force of nature that is Patricia Wigney. She simply changed her approach from asking others “Can she do this?” to “I’ll do it myself.” Today, Zsofika is a UO grad and will go on to graduate school.

These days, more and more children are being diagnosed with autism. Consequently, every year, more and more families depend on Bridgeway House for education and support. 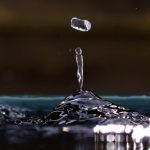 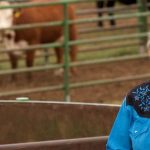