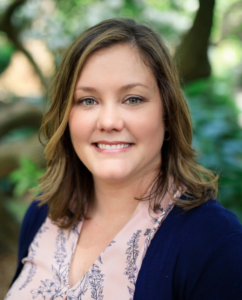 May is Foster Care Awareness Month and this week’s #WomanCrushWednesday goes out to Pamela Heisler, Executive Director of Prevent Child Abuse Oregon and co-founder of Oregon Foster Youth Connection. Pamela grew up in the foster care system and her experiences there motivate her today, and will for the rest of her life, to be a voice for kids whose voices are not heard.

While doing a research project in high school, Pamela discovered an organization called California Youth Connection and it made quite an impression. The org was doing EVERYTHING she thought kids should be able to do – mainly, to be heard! She had so many experiences in the system when she wasn’t heard and her needs weren’t met. So many hours feeling alone and lonely. No one believed her or even listened when she said things weren’t going well in her foster home. She realized kids NEED a chance to speak up, so she called the Executive Director of California Youth Connection and said, Oregon needs this! She was 18 years old.

Pamela went on to study Spanish and business at the University of Oregon – a needed “break” from thinking about child welfare. But she was drawn back her senior year, when she was selected to be part of a group traveling to Washington, D.C. to advocate for kids. She realized, I have a voice and I need to use it.

She uses that voice in innovative ways. In 2008, she founded the Oregon Foster Youth Connection, based on that California program that made an impression on her 18-year old self. She helped develop the Elevating Prevention Blueprint, the first of its kind in the state. She’s using it now as the Executive Director of Prevent Child Abuse Oregon, since so many folks weighed in on it and helped develop the guiding principals. Pamela created the Blueprint thanks to a grant from the Ford Family Foundation. She herself was a Ford Scholar – the foundation paid for most of her school and clearly still believes in her, seeing as it continues to support her programs! 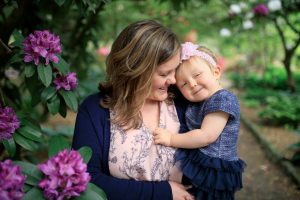 She worked at Children First for Oregon for seven years before returning to graduate school at Portland State University, where she studied Nonprofit Management. In her current role as ED of Prevent Child Abuse Oregon, she’s a true “Jill of all trades” – she does everthing from buying paper, to writing grants, to meeting with lawmakers and fellow partners statewide. She views the nonprofit as a driver of the changed social norms and aspires for it to engage communities in developing their own solutions to child abuse and neglect. In other words, “Nothing about us without us.”

Pamela is married and has a four-year-old daughter. Being her mom makes her believe all the more strongly that the foster care system is no place for a child. A harsh reality, but an honest one – Pamela can tell you firsthand, there’s so much trauma. That’s why she works tirelessly, and will for the rest of her life, to not only be a voice for foster kids, but to keep families together. She wants all the littles out there to be where they truly belong – with their moms and dads.

Read about another hero for kids impacted by trauma, Becky Jones. 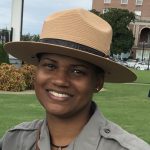 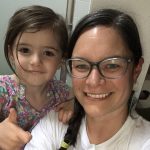