Liz is staunchly committed to inclusivity – she believes that having a job in media brings not only the responsibility but also the opportunity to highlight women of all shapes, sizes, and colors.

She’s also passionate about mental health – in fact, she made mental health one of the core content pillars of Women’s Health Magazine, after taking over as editor-in-chief about a year and a half ago. Liz believes that in these troubling times, more coverage of issues like depression and eating disorders is warranted. She’d been reading Women’s Health Magazine since it launched in 2003, even though she was working for a competitor at the time!

Liz Plosser grew up in the Midwest and met her future husband at Princeton. They live in Brooklyn with their three young kiddos. She’s also is a marathon runner, a triathlete, and loves boutique fitness. 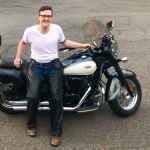