It’s Black History Month and this week’s #WomanCrushWednesday goes out to Kimberly Melton, Chief of Staff for Multnomah County Chair Deb Kafoury – the first woman of color to ever hold the position. 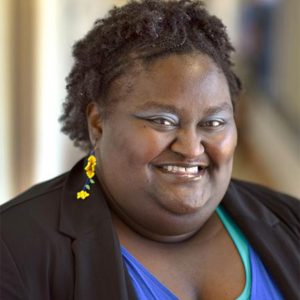 Kimberly grew up in St. Louis, Missouri. Her dad was an active community organizer and volunteer, dedicated to getting church folks involved in their communities – Kimberly followed his example and by high school, she was urging teachers and school leaders to bring more diverse history and voices into the school curriculum, events and library. She went on to college at Stanford, where she graduated with a bachelor’s degree in African-American studies and a minor in Communications. A natural leader, during her time as an undergraduate, Kimberly helped create a summer program for young people. To this day, she’s passionate about helping youngsters. She was active in the Big Brother Big Sister program and also served on the board of a literacy program called Reading Results. Kimberly’s mom died when she was a young child, and a lot of folks stepped up to support her – so being a friend and mentor to kiddos is something she’ll carry forward her whole life.

Kimberly Melton also holds a master’s degree in Journalism from UC Berkeley and worked as a reporter for African-American newspapers in Sacramento and San Francisco. She worked for the Times Picayune in New Orleans before heading west to work at The Oregonian – the paper was recruiting reporters of color. Kimberly is a strong believer in the power of words to create change and believes this is true not only in journalism, but also in policymaking.

Kimberly is a talented creative writer – she wrote a first-person story for Oregon Humanities magazine in 2017, which was recently republished as part of their editor’s final retrospective. She’s currently working on a compelling real life story of former slaves – who happen to be her own ancestors. Years ago, the Youngstown, Ohio Historical Society was doing some research on Kimberly’s great-great-grandfather, a stonemason who had the first black church in Youngstown and had a street named after him. The research caught the attention of an older white woman and amateaur genealogist from Kentucky. Turns out, her family owned Kimberly’s family. She introduced herself and invited Kimberly’s family to Virginia, where the plantation used to be. Kimberly’s family is invited back for reunions every year. She’s currently writing this family history and hopes to have it completed by the end of 2020. 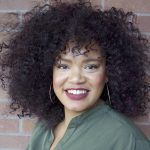 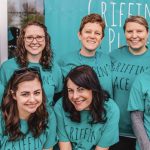