Our WomanCrushWednesday goes out to Jonielle Bailey, a trusted and invaluable mental health therapist and social worker at Juliette’s House.

As a student, Jonielle Bailey was a self-described “later bloomer” – she attempted community college right out of high school and was wise enough to realize the timing wasn’t right. So she entered the workforce in the restaurant field and loved it! She was blessed with wonderful bosses and co-workers and she loved meeting new people and chatting up her regulars. But after some time, Jonielle felt something in her life was missing – hence, it was back-to-school time! This non-traditional student first earned an associate’s degree in Early Childhood Development and went on to earn a Master’s degree in Social Work – at the age of 42.

Jonielle now works at Juliette’s house, the child abuse intervention center where she interned during graduate school. She brings an intensely personal perspective to the work – Jonielle was sexually abused as a child. She survived in silence for years until one day, as an adult, she realized she had to tell someone. She knew she had to let herself be vulnerable enough to accept what had happened and not let it define her. Once she told, everything changed – she felt a freedom she’d never felt before, she learned to trust herself and ultimately, finally, accept the love she deserves. Jonielle recently married and couldn’t be happier. These days, she offers a safe place for children and youth to open up about their often gut-wrenching narratives. Jonielle Bailey strongly believes one of the most powerful things a child/youth can do to move past the trauma, is tell their stories. She herself is living proof of it! She makes a difference in the lives of both children/youth and their parents/caregivers – the latter group often feels tremendous guilt over thoughts of, “I should have known.”

Every day, Jonielle’s very existence is about supporting vulnerable kids and educating the community on why children and youth don’t always tell at the time the abuse happens. 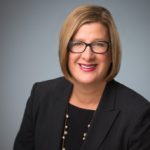