This week’s #WomanCrushWednesday goes out to Edie Rogoway, attorney, former award-winning stand up comic, and creator of a unique resource promoting and supporting women in every trade and profession.

Edie Rogoway has been practicing law for nearly two decades. She started her career as a Multnomah County Public Defender, where she gained extensive and valuable trial experience, representing hundreds of people charged with a variety of crimes. She also worked for a large insurance defense firm before entering private practice. Edie takes pride in her relationship-building skills – she’s personally involved in every stage of the cases she takes on, from strategy and investigation, to alternative resolutions like mediation, and jury trial if there’s no other possible resolution.

Edie admits she’s had a charmed life; consequently, she believes strongly in giving back to those who haven’t necessarily been blessed with charmed lives. When she’s not practicing law, you’ll often find her volunteering at nonprofits in the greater Portland area.

In 2017, Edie received the Oregon Criminal Defense Lawyer’s Association’s Presidents award for organizing and mobilizing volunteer lawyers at the Portland International Airport, helping people affected by the Executive Order banning nationals from seven mostly Muslim countries from entering the United States. She’s being honored this month by the American Immigration Lawyer’s Association for her efforts.

Another way she gives back –  the labor of love known as Edie’s List. It’s a centralized resource of women business owners in the greater Portland area, promoting and supporting women from just about every trade and profession you can think of! There are more than 200 women on the list and it has provided amazing opportunities. Edie is eternally grateful to the generations of women who didn’t have it easy, but helped pave the way for younger ones. Her mom was a great role model and one Edie emulates while raising her teenage daughter, Georgia. Edie cherishes time spent with Georgia and her husband, Nathan.

It might surprise you to learn Edie Rogoway is a former standup comic – she won the Portland Comedy Competition in 2000 – the only woman out of five finalists. And this is no joke – Edie says Stevie Wonder is the greatest performer of ALL TIME! 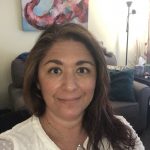