Our #WomanCrushWednesday goes out to one of the youngest leaders of the civil rights movement, a woman who epitomizes bravery, Diane Nash. It’s been said true bravery isn’t not feeling fear – but the way in which you respond to fear. Diane Nash was scared – of going to jail – yet she did it, time after time, even once while pregnant! All for equality.

Diane Nash was raised in Chicago in the 40s and 50s, at the time, a part of the country not nearly as segregated as the South. How shocking it must have been to go to college in the segregated south and see “whites only” signs, and have to use “colored women” restrooms. This racial segregation prompted her to join the Student Nonviolent Coordinating Committee at Fisk University in 1960. At the time, African-Americans were not allowed to sit at lunch counters – for them, takeout only. She felt that adhering to these rules was agreeing with them, but she knew she needed a plan. Fortuitously, she met Jim Lawson, an activist who had studied nonviolent protest with Mahatma Ghandi. At the age of 22, Ms. Nash participated in her first lunch-counter sit-in, was arrested, and chose “jail-no-bail” – instead of paying bail (and agreeing with an unjust system), she bravely faced her fear of going to jail.

In 1961, she was jailed again, after she and her fellow protesters were attacked while peacefully demonstrating outside of a supermarket that refused to serve African-Americans. The rest of the protesters paid their $5 bail, but Ms. Nash chose to remain in jail.

She helped organize and took part in the Freedom Rides – bus tours starting in Washington, D.C. and heading south – protesting the segregation of public transportation. Racist Southerners reacted to the Freedom Rides with fury and violence – they burned busses and assaulted riders – but Ms. Nash knew they couldn’t quit, knowing that if they did, the message would be: “All you have to do to stop a nonviolence campaign is inflict massive violence.” She continued the fight, recruiting new riders and forging relationships with sympathetic politicians and civil rights movement leaders. Eventually, the Interstate Commerce Commission declared it illegal to segregate busses and bus terminals. Ms. Nash was appointed by John F. Kennedy Junior to a national committee that helped get the Civil Rights act of 1964 passed. She was also involved in the Selma Voting Rights campaign, which led to the Voting Rights Act of 1965. 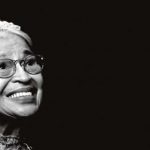 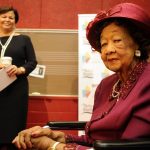