It’s World Autism Month and this week’s #WomanCrushWednesday goes out to a Hollywood actress and environmental activist who’s on the spectrum, Daryl Hannah. She’s been in a ton of movies – Blade Runner, Steel Magnolias, Grumpy Old Men, and she played the mermaid in “Splash.” As a child, Daryl Hannah was agonizingly shy and would rock for hours – doctors suggested she be institutionalized. Her mom didn’t let that happen. She also suffers from insomnia, which she credits as fueling her passion for movies – since she couldn’t sleep, she watched movies all night! When she was 17 years old, she moved from Chicago to Los Angeles to pursue an acting career. She holds a degree from the University of Southern California School of Theater – in addition to her movie credits, she’s also a talented theater actress. She says acting is like a vacation from her real job – as an environmental activist. She lives off the grid and drives a car that runs on recycled fast food grease. She’s been jailed a number of times for her activism – she was once forcibly removed from a walnut tree that she’d stayed in for 23 days, protesting the sale of a community farm to developers. She was once arrested while blocking an excavator that was constructing the Keystone XL pipeline in Texas. She is adamantly opposed to fracking, a process of removing oil from deep in the earth, because of the way it can contaminate underground water supplies. Daryl Hannah has a lot of famous exes – JFK Junior, Warren Beatty, and Val Kilmer, just to name a few. She’s now married to legendary musician Neil Young. 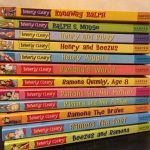