This week’s #WomanCrushWednesday goes out to a Woman of Influence (Portland Business Journal, 2018) and the Executive Director of the Latino Network, Carmen Caballero Rubio. 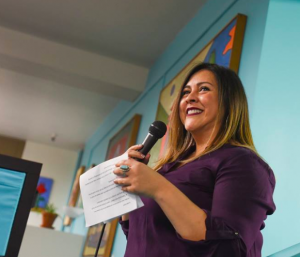 Carmen holds a Bachelor’s degree in Political Science from the UO. She’s committed to serving others and has been for as long as she can remember. Her parents grew up in a migrant family and she herself grew up watching them volunteer tirelessly for churches, food drives, seniors, health clinics and nonprofits supporting immigrant and Latino communities. Carmen recognizes her privileges – having a place to live, a job and a stable family – and it’s a big part of what drives her to give back so enthusiastically and passionately. In addition to her job leading the Latino Network, she’s part of an amazing team of nonprofit leaders committed to building and sustaining a thriving Latinx community. Culturally-specific organizations like hers and others (NAYA, Verde, Kairos, SEI, Q Center) were created to serve the underserved and Carmen strongly believes it’s up to THIS generation to demand inclusivity from the institutions that were created out of exclusivity. She believes there’s a role for everyone in creating a more equitable and inclusive Portland and she’s inspired by stories of young people who just needed a little extra love, support and connection to reach their dreams.

Carmen is also inspired by great movies and theater! As a youngster, she worked at the Milagro theater in Hillsboro – today, she’s on the board of the Oregon Shakespeare Festival. She’s continually amazed at the incredibly progressive, dynamic and creative works produced there – some of the best in the country – how lucky we are to have them in Oregon! She also loves the fact that the festival is committed to equity, diversity and inclusion – that magical trifecta!

The indefatigable Carmen serves on the boards of the Coalition of Communities of Color and the UO Alumni Association. She’s an appointed Commissioner on the State of Oregon’s Higher Education Coordinating Commission. In addition to her award as a Woman of Influence from the Portland Business Journal, she was named one of Portland Monthly’s 50 Most Influential People. She’s also received leadership awards from the Hispanic Chamber and the Center for Women’s Leadership. 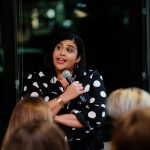 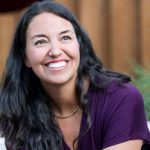