Our #WomanCrushWednesday goes out to the beloved children’s author born and raised in Oregon – the woman who created Ramona Quimby, her sister Beatrice (AKA Beezus), their neighbor Henry Huggins, and all the others characters that have captivated young readers around the globe for generations – Beverly Cleary.

Beverly Atlee Bunn was born in McMinnville and grew up in Yamhill – a town so small, they didn’t have a library. Her mom made an arrangement with the State Library to have books sent to Yamhill. Still, the young girl had a tough time learning to read – many of the books available to her were published in Great Britain and they simply weren’t interesting to her – the characters were not relatable!  She was placed in a group for struggling readers, when a kind librarian introduced her to books she thought she’d be interested in. Soon little Beverly was not only caught up, she was reading voraciously. By sixth grade, a wise (and perhaps prophetic!) teacher suggested she make a career out of writing, since her essays for school assignments were so good.

She went on to earn a bachelor’s degree in English from UC Berkeley and a master’s degree in Library Science from the University of Washington. Mrs. Cleary took a job as a librarian, where she sympathized with kids who couldn’t find books with characters they could identify with and relate to. (Sound familiar?!) That was the catalyst for her first book – Henry Huggins – which was published in 1950. Ramona, Beezus and company soon followed…and so did Ralph S. Mouse, the kind-hearted motorcycle-riding rodent. These books were – and still are today – devoured by generation after generation of readers! They’re available in 20 countries and have been published in 25 (!!!!!!) languages. She has sold more than 90 million copies worldwide.

The beauty of her books is that since they’re based on her own childhood experiences, they’re about ordinary people living ordinary lives (excepting the aforementioned mouse Ralph – he’s pretty extraordinary).

Mrs. Cleary has lived in California for most of her life, and still does today, but you can find her influence all over Portland – there’s a statue of Ramona Quimby, Henry Huggins and his dog Ribsy in Grant Park. (Fun fact – the dog’s original name was Spareribs – an editor suggested she change it to Ribsy.) The children’s room in the main branch of the Multnomah County Library is the Beverly Cleary Children’s Library. There’s also an elementary school named after her, which we were honored to support at their annual auction earlier this month!

This living legend (she’s literally a living legend – the Library of Congress decreed it in 2005) also has a dorm named after her at UC Berkley. Her other alma mater, UW, awarded her the Alumnus Summa Laude Dignatus Award – the highest honor a graduate can receive. She also has two memoirs to her credit – A Girl From Yamhill and My Own Two Feet. Beverly Cleary turned 103 years young last week. 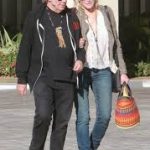