This week’s Woman Crush Wednesday goes out to the owner of Bar Method Lake Oswego and a Woman of the Year nominee for the Leukemia & Lymphoma Society, Beth Hutchison. Beth was toiling away in the corporate world, first in PR and later as an executive, when she discovered Bar Method. She was a client for a year and found herself so passionate about it, she entered their teaching program. Fast forward another year – Beth and a business partner opened their own studio. The following year, 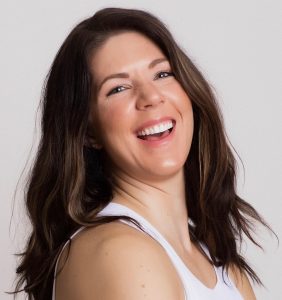 she took sole ownership – her motivation for doing so was to make the studio truly her own and her community’s. It was one of the most challenging years of her life – she was also going through a divorce at the time – and Beth credits the supportive and uplifting community at Bar Method Lake Oswego with helping her through. The reward? She spends every day encouraging people to take risks and find their courage, both inside the studio walls and out. Beth says each class she teaches is like a small party – if it’s not fun, it’s not worth doing! She also loves cheering on the small victories, that lead to big accomplishments.

Human connection means everything to Beth – she strongly believes the more we foster a positive connection with ourselves, the more we can show up for others. And show up for others she does – Beth is currently in the midst of a fundraising campaign to find a cure for cancer – hence, her honor as a nominee for the Leukemia & Lymphoma Society. Check out her fundraising website and donate if you can!  As Beth says, “Every dollar I raise is a vote for me, but more importantly, a vote against cancer.” bit.ly/DROPLETLIKEITSHOT2019

Beth herself has never had cancer. She became involved in the Leukemia and Lymphoma Society about four years ago when a fellow studio owner was diagnosed with non-Hodgkin’s lymphoma. Beth started holding fundraising events at her studio to benefit LLS. The studio owner eventually lost her battle, but she never lost her spunk and humor, which left a huge impact on Beth – hence, her commitment to fighting cancer. You have until May 10th to make a donation to Beth’s campaign.

Beth’s proudest personal moment was when she proposed to the woman who lights up her life and she said yes! The future looks bright for this dynamic duo.

“Trust your intuition, and be brave enough to follow it.” 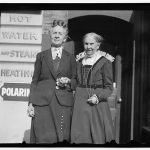