This week’s #WomanCrushWednesday goes out to the unstoppable force of nature that is Ruth Bader Ginsburg. She was a Supreme Court Justice for a quarter-century and the adversity she conquered over her storied career is astonishing.

She grew up Jewish in an era where “No Jews Allowed” signs were ubiquitous.

Her mother died the day before she graduated high school.

She earned an undergraduate degree from Cornell and began law school at Harvard in 1956 – one of nine women in a 500 person class. She and the other eight women were asked – by the law school dean! – how they felt about taking a spot away from a man.

She transferred to Columbia for her last year of law school. She graduated – where else? – at the top of her class in 1959. And STILL, she had a difficult time finding a job!

She eventually landed a clerking job under a judge, where she stayed for two years.

After that she had a few job offers – always at significantly lower pay than her male counterparts.

In 1975, she argued a widower should be entitled to his deceased wife’s social security benefits – the same way a widow was entitled to her deceased husband’s benefits. The unanimous ruling in her client’s favor made it illegal to treat earnings differently.

Former President Bill Clinton appointed her to the Supreme Court in 1993. She’s one of four women who have served, along with Justices Sandra Day O’Connor, Sonia Sotomeyer, and Elana Kagen. The Notorious RBG spent her career chipping away at gender discrimination, rather than advocating for sweeping reform, knowing that it’s necessary to tread softly in certain political climates. We can thank her for slowly and steadily building a legal foundation for equality. 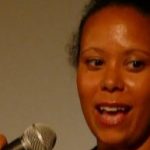 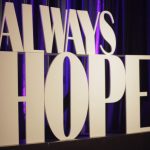