This week’s #WomanCrushWednesday goes out to Cosette Leary, a motivational speaker, life coach, author and powerful woman who’s pulled herself out of poverty not once, but twice! 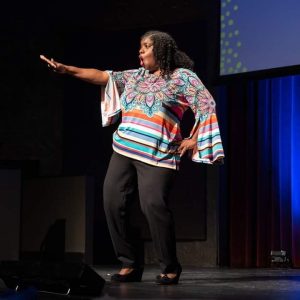 Cosette grew up in the ghettos of Sacramento and had a simply horrible childhood, filled with abuse. She had a wonderful relationship with her father (her parents were divorced) but she never told him about the awful things she endured at home. When he died, she realized she’d lost her lifeline, so she ran away. She attempted to run away before, and tell her story to the authorities, but they didn’t believe her. Her wounds weren’t “fresh”; she must not be telling the truth. The third time she ran away, she DID have fresh wounds, and a kind stranger noticed and called the police. Finally they believed her, her parents were arrested and she spent the next couple of years in orphanages and group homes.

Cosette got pregnant at the age of 14. The father, a 19 year old on an education visa from Honduras, wanted her to have an abortion. The court system wanted that, too – Cosette was still in foster care at the time. But she fought for her baby and she won. She and baby Kayla (who is now becoming a doctor, working on a cure for Covid at a hospital in Korea) ended up living with her grandmother in Vancouver, Washington, until Cosette became emancipated at the age of 16. She was still on welfare but she had MUCH bigger plans.

Cosette longed to study political science, become a leader, and make an impact on people’s lives. But her caseworkers discouraged it. They told her a four-year degree would take too long. Cosette’s response? She’d remain in poverty longer than that if she couldn’t get an education! At the time she was working at a daycare, in a pretty miserable work environment. Her kids were getting older and starting to realize how poor they were. That HURT – she was their EVERYTHING, and she couldn’t provide for them. But one auspicious day at work, while cutting out magazine pictures to make collages with the kids, she came across an issue of Working Mother Magazine. She read an article featuring a CEO of a major franchise company. In the article, the woman described being out to dinner, worrying 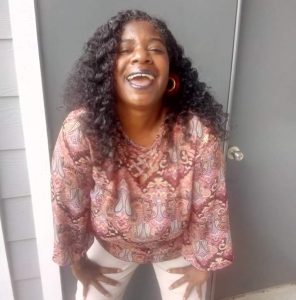 about her  waitress’s sore feet and wondering just how difficult it must be to be on welfare. Cosette contacted her and she took her under her wing, introducing her to accomplished business people and encouraging her to take public speaking class. A Pell grant made that possible. It was a valuable class, not only because it honed Cosette’s speaking skills, but also because it helped her identify what she REALLY wanted to do – which was to become a life coach and motivational speaker. But without the funds to make it happen, it became a dream deferred – temporarily, that is. 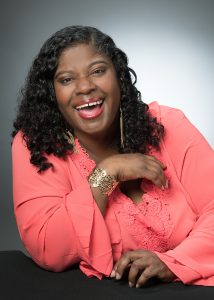 Still hungry for education, Cosette applied for a work study job and began attending classes at Clark College while her kids were in school. After that she moved east, changed colleges and her major (from political science to public administration), became an intern, then a staff member in both a Senator’s and a Congressman’s office. She graduated summa cum laude from Capella University, but she still had trouble landing a job – people she thought were friends, were definitely NOT friends. Cosette was homeless for two years and went back to working a low-income job, before she could find an apartment and pull herself out of poverty yet again. That’s about when she started building her motivational speaking/life coaching empire. Built from scratch! She’s also a published author and is currently co-writing another book with her daughter.

Cosette gets asked this a lot: HOW did you do it? For her, the number one thing is learning to love yourself and believe in yourself. Along her journey, Cosette has straddled the line between poverty and wealth. Spending time with powerful people – movers and shakers, leaders of industry – who suffer from imposter syndrome brought her to a fascinating realization: Deep down, we ALL have the same insecurities. So learning to love yourself is PARAMOUNT to a happy life! 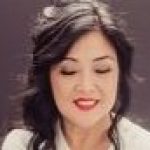 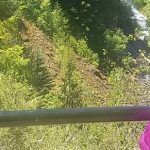