The BIG FIVE Types of Spenders at Fundraisers – SHOPPERS!

We’ve been having a lot of fun breaking down the five main types of spenders you’ll find at fundraising events. Of course, not all bidders fall into these categories; others fall into several! We took a brief look at how to celebrate the shoppers in your crowd previously – now let’s go a little bit more in-depth.

Every Event is Black Friday for a Shopper

You can’t always count on having philanthropists or competitive bidders at your event, but you’re pretty much GUARANTEED to have some shoppers in your crowd. Shoppers are always looking for a deal. Even if your special appeal is super successful, not everyone is going to give – our statistics suggest only approximately 60% of your bidding units (a couple=one bidding unit) will raise their paddles during it. Shoppers aren’t likely to be among them at your higher levels of giving, so provide ample opportunities for them to get involved in other ways – like at your silent auction. And they’ll be even more excited about it if you make it look like their store for the night!

Shopping at a Silent Auction

Silent auctions in general gross rather low overall when compared to every other revenue stream at a fundraiser. Our statistics suggest they bring in only about 5-12% of the total revenue at an average event – but they do offer widespread appeal for the shopping crowd. In order to cater to the shoppers, pay close attention to your silent auction setup. There are subtle (yet clever and effective) ways to make silent auctions feel and look more like retail stores. Ask us how! Your shoppers are the folks you see walking around with their phones, looking up prices and comparing them against bid sheets. They’re motivated at the idea of scoring a deal. Another major motivator for shoppers – raffle baskets! 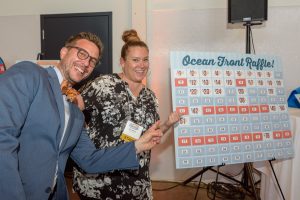 If you have a lot of shoppers at your event, procure and craft really special raffle baskets. They’re fun to put together and relatively easy to procure items for. Raffle baskets are enticing to the gamblers in your crowd as well. Other revenue streams that appeal to the shoppers in your crowd?

Games Made for Shoppers

Wine walls and other activities where folks can score a serious deal are appealing to shoppers. There’s always that chance of throwing down less than $30 and coming away with an EXTREMELY valuable bottle – shoppers love this. (Who doesn’t, right?!) You can also entice the shoppers with a beer wall – check out our blog, Ready to Play?  to learn how to set up 99 Bottles of Beer on the Wall – it’s a fun one! (We promise you don’t have to listen to OR sing the song!) Finally, mystery grabs and similarly low dollar buy-in with a possibility of great reward are musts for shoppers. How best to set one up? Reach out – we’ll help you make it irresistible to the shoppers at your event!

We hope you feel like you know the shoppers in your crowd a little bit better now! Reach out today for more fabulous fundraising ideas – we can’t wait to help you fund your cause. 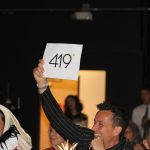 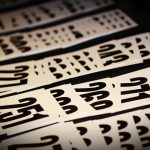