Public and private schools lost millions of dollars earlier this year when forced to cancel their annual fundraising events. It felt like we were all just trying to survive back in spring. And if there were ever a reason to dip into reserve funds, a global pandemic and resulting shutdown of in-person classes and activities was one, right?

But it’s still raining and those rainy-day coffers need to be refilled. So what are you going to do, schools, PTAs and foundations? Many of us here at Marquam are moms and dads who care about schools, kids and education. We care and we want to help – by raising money, replenishing those reserve funds and creating a rosier outlook for THIS school year, the following one, and the following one, ad infinitum!

Here are some great reasons to continue fundraising and consider going virtual – and how we can help.

Studies show that even one year off from interacting with donors makes them much more likely to sever their ties with your org altogether. School supporters are a loyal group. They’re used to being asked, year after year, for their support. And there’s a certain momentum that builds up as a result. But when you lose that momentum, it’s extra hard to get it back. It’ll be more challenging to reinstate yourself next year, if you don’t ask this year. We’ve heard some people say they feel it’s in poor taste to ask for money during a pandemic. What if we look at it in a different way – like, we have a RESPONSIBILITY to ask? It’s our responsibility to care for vulnerable people, especially during times of distress. We KNOW there are folks out there who ARE in a position to give. And they’re stepping up in a big way this year. Never assume anyone’s financial capacity. If you don’t ask, you don’t get!

Prior to 2020, school fundraising season generally spanned the end of February to the beginning of May. But not anymore. You may already know, we’re a data-driven company. And our data is telling us that it no longer matters when we hold your school fundraiser – as long as we DO hold it! Really, the only rule you have to remember now is this: Avoid holidays. You don’t have to wait for the weekend – a Wednesday or Thursday night will work beautifully for your school’s Virtual Gala. Midweek. Sunday afternoon. It’s open season on fundraising, perhaps forever! Because even when things return to “normal” (whatever that is), we suspect “typical” fundraising seasons may be a permanent thing of the past, given the changes engendered by virtual fundraising. 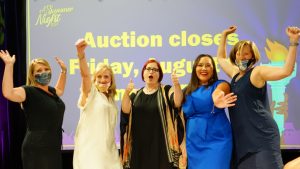 Schools are all about community-building, and that’s NOT something we have to give up while we’re staying home. Some school events – while they do raise money – are as much about connecting with fellow parents, guardians and kids, as they are about fundraising. Don’t lose that connection. Does your school usually do a Fun Run? Ask parents to shoot video of their kids running the track, the neighborhood or your backyard. Incorporate that footage into a virtual fundraiser. We have TONS of tried and true ideas. How about a scavenger hunt? The first family to gather all of the items, wins a prize. Trivia games have ENDLESS possibilities – what’s your teacher’s favorite soft drink? Why does the P.E. teacher call himself Mr. Fabulous? See what we mean by endless possibilities? Virtual events don’t just become family events; they become EXTENDED family events! 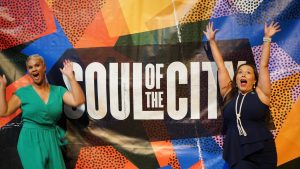 Grandma and Grandpa are living in Arizona, but now, for the first time ever, they can attend their grandchildren’s virtual fundraisers! Aunts and uncles, your second cousins living in the Midwest – they can attend virtually as well. Your kids might not feel comfortable asking for donations from extended family members they don’t see very often, but those are the folks who may jump at the chance to support schools and education. Especially when they know who and what their donation is benefitting. Geographical limits are a thing of the past, just like fundraising seasons.

Does your school run an annual giving or capital campaign? All of us parents are used to seeing the envelopes in our kids’ backpacks (often crumpled up at the bottom under books and binders, but we digress). All schools conduct annual giving campaigns, to raise money for pressing school needs. Some manage longer-term capital campaigns to raise money for big-ticket items, like infrastructure improvements or building renovation. So how about a virtual kick-off for those yearly campaigns? It may be easier than you think – there’s no need for a highly-produced, hour-long event. Instruct your school community to tune in for a 20 minute annual giving campaign kickoff, then have some fun! Maybe your principal would be willing to tap-dance for 30 seconds. Surely there are some fun-loving school staffers who’d be willing to don a silly costume and drum up enthusiasm for the school’s giving campaign. Teachers often have special talents – let them shine in a virtual giving kickoff. Seriously, people will be talking about it for months – maybe even years! 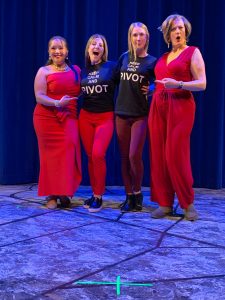 6. Last but definitely not least – IT WORKS!

Our very first virtual event was a school fundraiser. To say it went well is an understatement. In fact, it was even more profitable than the school had hoped their in-person event would be. Yes, you read that right. The virtual event raised even more money than the school hoped their live event would. Pardon the clichè, but the proof is in the pudding, folks. Why WOULDN’T you Go Virtual!?

Need more convincing? Let us be your ambassadors! Reach out and together let’s start the process of refilling those ever-important school coffers TODAY! 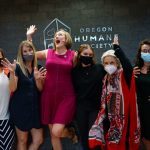 Get Social While Virtually FundraisingBlog 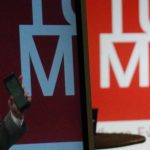