Celebrate the Shoppers in Your Crowd with a Silent Auction

Did you know that there are five main types of auction-goers? And if you can provide each of them with a preferred method of supporting your organization, they are more likely to do so.

The Big Five Are:

Shoppers are looking for a deal, a score, some sort of fiscal reward. Shoppers do not want to commit to large dollar amounts, nor do they necessarily want the attention that a live auction bidding war might bring them. Shoppers are also not likely to be high-dollar donors at the Special Appeal so providing them with a revenue stream that they WILL engage with is key. Silent Auctions are typically just one component of a successful fundraising event but they hold great appeal to the shoppers in your crowd. Our statistics suggest silent auctions bring anywhere only between 5-12% of the revenue for an evening.

We suggest using a silent auction as one just spoke of the revenue wheel, due to their generally low-grossing numbers. When used with other revenue streams, silent auctions can close the gap and entice some of the “shoppers” in your group to engage where they might not have otherwise.

Craft the Right Mix for Your Peeps

Typically, silent auctions engage donors at lower price points while piquing their shopper’s interest to see how good of a deal they can get. However, they can be quite labor-intensive, requiring massive amounts of volunteers’ time to procure, divvy, package, set up and manage the sale. So be certain to weigh the amount of work spent versus the money raised or your ROI. You may find that a Silent Auction is just the thing for your demographic – on the flip side, you might be surprised to find that replacing it with a different revenue enhancer sometimes gleans better results.

Armed with this information, might you reevaluate your revenue streams? Ask us. We can help!

Benefit Auction Revenue Enhancer Silent Auction
Celebrate the Shoppers in Your Crowd with a Silent Auction2017-06-152018-07-25https://www.marquamauctionagency.com/wp-content/uploads/2017/06/marquam-auction-agency-logo-blue.pngMarquam Auction Agency | Benefit Auctioneers | Virtual Galashttps://www.marquamauctionagency.com/wp-content/uploads/2017/06/silent-auction-photo-for-blog-post-e1497895395364.jpg200px200px
About
Misty Marquam
Misty Marquam, founder and Principal Auctioneer at Marquam Auction Agency, is a powerhouse of energy and enthusiasm and will try most anything once!  Specializing in fundraising, charity event planning and innovative revenue strategy, Misty and team work tirelessly as organizations’ ambassadors to ensure events run seamlessly, successfully and profitably.
Related Posts
Request Consultation
Subscribe to our blog for fundraising tips and trends
Contact Us
FLAGSHIP OFFICE 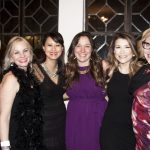 The Pros You Need for Hybrid & Virtual Fundraising EventsBlog 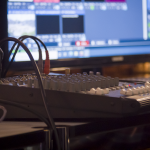