Catlin Gabel chose a mid-March date for their annual fundraising gala. The planning for that 400+ person live benefit auction was nearly complete when we received the news no one wanted to hear – a ban on all events of more than 250 people. As their fundraising partners, we had a mere 36 hours to make a huge pivot to…something – anything! That something ended up being a successful Live Virtual Gala (one of the very first in the NATION!) streamed to their donor base live from the school’s theater – and it was even more profitable than Catlin Gabel had hoped their original in-person event would be! We exceeded the in-person gross gala goal by nearly 5% – VIRTUALLY! Go Virtual! – it works

Catlin Gabel2020-05-122021-04-19https://www.marquamauctionagency.com/wp-content/uploads/2017/06/marquam-auction-agency-logo-blue.pngMarquam Auction Agency | Benefit Auctioneers | Virtual Galashttps://www.marquamauctionagency.com/wp-content/uploads/2020/05/vf-catlin-gabel-short.jpg200px200px
About
Misty Marquam
Misty Marquam, founder and Principal Auctioneer at Marquam Auction Agency, is a powerhouse of energy and enthusiasm and will try most anything once!  Specializing in fundraising, charity event planning and innovative revenue strategy, Misty and team work tirelessly as organizations’ ambassadors to ensure events run seamlessly, successfully and profitably.
Request Consultation
Subscribe to our blog for fundraising tips and trends
Contact Us
FLAGSHIP OFFICE 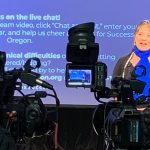