Our #WomanCrushWednesday goes out to Daesha Ramachandran…. superstar consultant and whip-smart fighter of racism and oppression. She’s committed to dismantling and transforming oppressive systems in our society – systems she believes were built for SOME, not ALL. Daesha is motivated by justice and possibility and is committed to system change – which, she recognizes, is not an overnight process. But we can all do small things for justice, and those small things add up – as Daesha says, drops fill buckets! She’s regularly invited to speak publicly on how folks can effectively work together for systems change. She’s also an expert on ethical storytelling – in short, telling stories showcasing the resilience and strength of communities, as opposed to focusing on problems and the orgs that fix them. The orgs themselves don’t have the power; the people within them do!

Daesha’s most recent source of pride and joy is her consulting firm, Tusk Consultants, which aims to help organizations create more just, equitable and inclusive places to live, 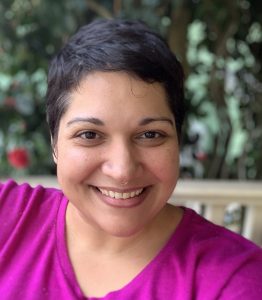 work and play. Public health is important to Daesha, as well – she spent 15 years in the field as a social scientist and practitioner, helping set up programs in different countries including India, Ethiopia and Egypt.

Daesha identifies as a first-generation South Asian cis-woman of color. She has been married for nearly 13 years and is the mother of two awesome kiddos, almost-7-year old August and 2-year-old Noor. While she’s a great role model, still she learns a lot from those tiny teachers. She may be hyper-educated, with a PhD from Johns Hopkins University and a BSFS Georgetown, but she’s still open to learning from anyone, including youngsters! She also firmly believes it’s important for kids to see their parents
excited about their work. 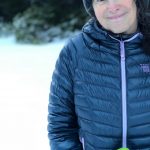