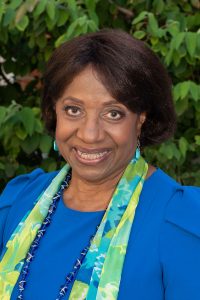 It’s Women’s History Month and this week’s #WomanCrushWednesday goes out to Kay Toran, President/CEO of Volunteers for America Oregon. VOA is a broad-based, human-services organization dedicated to improving the lives of children, families and seniors. Somehow she finds the time to also serve on the Board of Regents of the University of Portland AND the Providence Health and Services’ Oregon Community Ministry Board.

Kay’s parents moved to the Northwest with their four children during the Great Migration. There were color barriers and signs hanging on major streets to prove it! But she and her siblings grew up in a loving environment with strong family values. Her parents instilled in her the importance of service to others. They set the example, caring for sick people when they weren’t at work. Kay’s folks were entrepreneurs; they not only founded a business, they built the structure for it on a vacant lot – a remarkable accomplishment, particularly considering the restrictions on loaning money to African-Americans at the time. The business – Dean’s Beauty Salon and Barber Shop – is still open today, owned and operated by a family member. It’s the oldest African American-owned business in Oregon.

Kay attended college at the University of Portland as a self-described “blank check.” She had no idea what she wanted to study, but the lessons from her parents about her obligation to serve others guided her. She earned a Bachelor’s degree in sociology/psychology. Her graduation gift from her parents was a trip to Germany so she could join her husband, who’d been drafted into the military. It was an interesting time to be there since World War II had recently ended. Germans were very open and willing to talk about their country’s aggressiveness and how it happened. The general consensus? This can happen if you don’t question your leaders.

When Kay moved back to Oregon, she was recruited to work with a leader herself – former Governor Vic Atiyeh. She wasn’t so sure about it, until SHE interviewed the Governor. His thoughtful responses, plus ideas that were arguably ahead of their time – like wanting to see people who looked like her in the top levels of government – convinced her to take the job as the Director of Oregon’s Affirmative Action Office. She held the position for seven and a half years, before completing her MSW from the School of Social Work at Portland State University and taking a position as an Assistant Professor there. 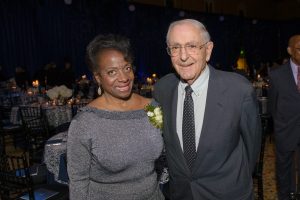 Her work with Volunteers for America Oregon is truly life-changing for folks struggling with addiction. But there’s so much more to it. It’s about reuniting folks with their family members, teaching them marketable skills and pathways to employment, finding affordable housing – basically, it’s similar to the work she was doing with former Governor Atiyeh. Diversifying Oregon.

Kay has collected several awards throughout her career: the Vic Atiyeh Award for Excellence in Education at Concordia University, the Portland Business Journal’s CEO of the Year for Nonprofits, and the Ecumenist of the Year award from Ecumenical Ministries of Oregon, just to name a few.

Kay has held a number of management positions in Oregon. She served as Director of Oregon’s Child Welfare Agency for six years. For Kay, it’s ALL about the kids. She has two adult children and three grandchildren and everything this busy lady does is on their behalf! She believes children deserve our best.