THE BIG FIVE Types of Spenders at Fundraisers – COMPETITIVE BIDDERS!

Not all bidders fall into these five main categories; some fall into several, some none! Read on for more on how to appeal to a group of donors you LOVE to have in the room – competitive bidders.

Competitive bidders, as the name implies, are folks who get excited about the idea of winning, taking home the loot and getting precisely what they’ve had their eye on. It’s often not even about the item itself – it’s all about the WINNING. This applies to both live and silent auction items. These are the bidders who are going to start – and hope to FINISH – one of the most fun and exciting things to experience at a live auction – a bidding war! There’s no telling what will happen when the competitive spirit takes over a room…

Who’s standing on their chair waving a bid card?

Competitive bidders LOVE the spotlight. They love recognition and they love being addressed by name. So get to know their names and use them! They’re constantly looking around the room to see who’s bidding against them. They’re NOT going to lose, be outdone or even be outbid – even if they don’t really care about the item. They’re also the folks hanging out in the silent auction area, “guarding” their bids – especially during closing time. This is a great thing to see since it drives up competitive bidding and sale prices!

No Friends at an Auction!

We love to have fun with competitive bidders by playfully encouraging them – “That’s YOUR vacation! Claim it by raising your bid card one more time.” Our fabulous bid assistants love to engage in this game, as well – “You’re not going to let someone take that away from you, are you?!” Good-natured competition is not only great for your bottom line, it infuses the room with energy – exactly what you want at a live event. It helps create a fun and exciting atmosphere for everyone, even guests who aren’t bidding.

If you know you have a lot of competitive bidders in your crowd, appeal to them by incentivizing competition. Take your dessert dash for example, where the table who raises the most money gets to hit the dessert table first – if you throw in a complimentary bottle of champagne, suddenly the dessert dash becomes even MORE competitive. Games like Last Hero are made for competitive bidders. In Last Hero, guests raise their bid cards to donate. Your auctioneer announces donor numbers in the order they see paddles go up, and as the paddles dwindle, the auctioneer counts down 3, 2, 1. The last person with their bid card in the air is crowned Last Hero. This game is SO much fun, and the inherently competitive nature is perfect for your competitive bidders. What’s more, even folks who aren’t raising their paddles can and do enjoy the rousing spirit of the game. We have a ton of other games that capitalize on the spirit of competition – ask us about them!

Another sure-fire way to harness the already competitive environment of both live and silent  auctions – be super selective with the items you’re selling. The fewer items you have, the more you’ll be able to drive up competition. Scarcity sells!

This is the tip of the iceberg – there’s so much more you can do to appeal to the competitive bidders in your crowd and capitalize on the energy they bring to an event. Reach out – we’re eager to strategize with you! Next week, more on how to plan your event around another group that’s a lot of fun to cater to – GAMBLERS! 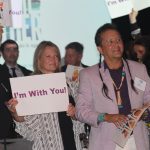 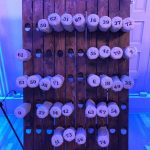